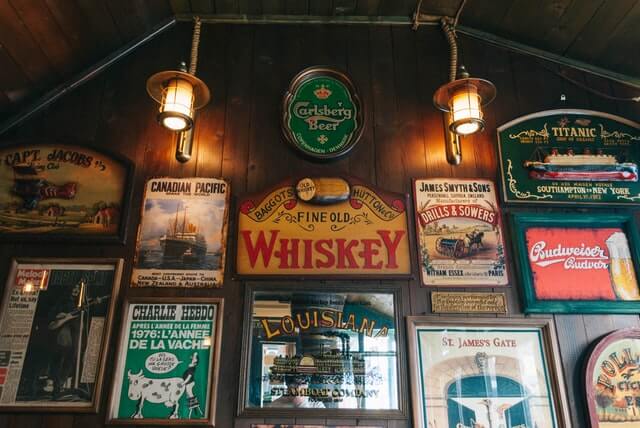 Research by Lipari and Van Horn (2014) concluded that roughly eighty percent of those with a substance use disorder (SUD) cite alcohol as the substance. It makes sense then that most people associate sobriety with not drinking. For the sake of this article, I’ll keep my focus there.

I have alcohol in my home. That fact sometimes surprises people. But people visit me who still drink even though I don’t. And my perspective is that I can’t run or hide from my addiction.

Every day I decide to remain sober. It’s a choice that I have to make over and over. Whether alcohol is in my home, or at the gas station on the corner, or being served at the table next to me in a restaurant, it’s everywhere.

I was recently having breakfast with my seventy-five-year-old mother. I appreciate her wisdom and perspective, although we don’t always see eye to eye. She was telling me a story about a man with a drinking problem. Then, she made the remark that so-and-so should just stop drinking.

That made me wonder how many others share that opinion: that simply stopping using a substance is the solution to addiction. Such a simple, straightforward idea.

Drinking is part of our culture. It is the most socially acceptable substance to abuse.

There are many rituals around alcohol. Toasts are made at weddings. Co-workers meet after work for drinks. The anxiety of dating is bludgeoned with cocktails.

At work, I’ve often felt like I was missing out on networking opportunities when I didn’t join in the usual after-work traditions. Of course, I didn’t have to drink. And I’ve grown much more comfortable in my skin about that. But there have been many awkward conversations – perhaps mainly because I felt compelled to explain myself.

On a trip abroad I made friends with some Europeans. They nearly demanded an explanation when I turned down a beer, haha.

I have even experienced drunk people at bars getting angry when I refused to drink with them. I have a pretty good backup plan too for defusing tense situations by claiming I’m a designated driver. Still, it doesn’t always work.

Sobriety Is More Than Not Drinking

Sobriety isn’t free or easy. It comes at a cost.

It can mean missing out on the shared traditions of our way of life. It may mean losing relationships.

It’s way more than not drinking. It’s changing a way of life.